The splendid setting of Clifton Cathedral hosted a hugely successful intergenerational concert on Wednesday March 25th. Over 400 children took part and older people who attend Goldies sessions across Bristol and North Somerset were provided with community transport to allow them to attend.

A highlight of the evening was the singing of the Heritage World War One medley by 600 people in the audience and the 400 school children. The opening verses were sung by the 30 pupils of the Dolphin Primary School, Bristol. Prior to the performance of the medley the children read their own words from a school project which involved them looking back at the history and heritage of the start of the First World War, to the delight of the audience.

Executive Principle Erica Draisey from the CGS Trust introduced the concert and Goldies founder Grenville Jones together with CGS head of music Ben England introduced the numerous performances from the schools. The evening concluded with the Malcolm X Goldies and the school African Drum Band performing three numbers. Then it was over to Grenville Jones to lead a 1,000 voice mass choir singing ‘Thank You For the Music’.

“It is a great pleasure to work with Grenville and his Goldies UK Charity which is making such a difference to the lives of older people across Southern England.

“This was our first CGS Trust event involving students from the breath of our organisation. Our vision to work with, and support young people, and link with the older people in our communities is incapsulated in the wonderful concert that was enjoyed so much by everyone in the Cathedral.

“It was a wonderful inaugural celebration for the CGS Trust and we certainly hope to repeat the formula and our partnership with the
Goldies Charity in the future.” 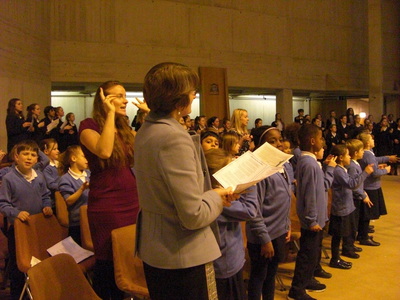 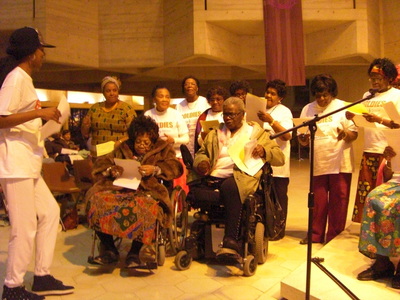 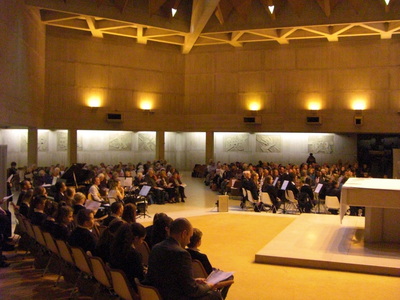